Congratulations to Frank Mahon  on a very impressive performance with 7.5 points out of a possible 8 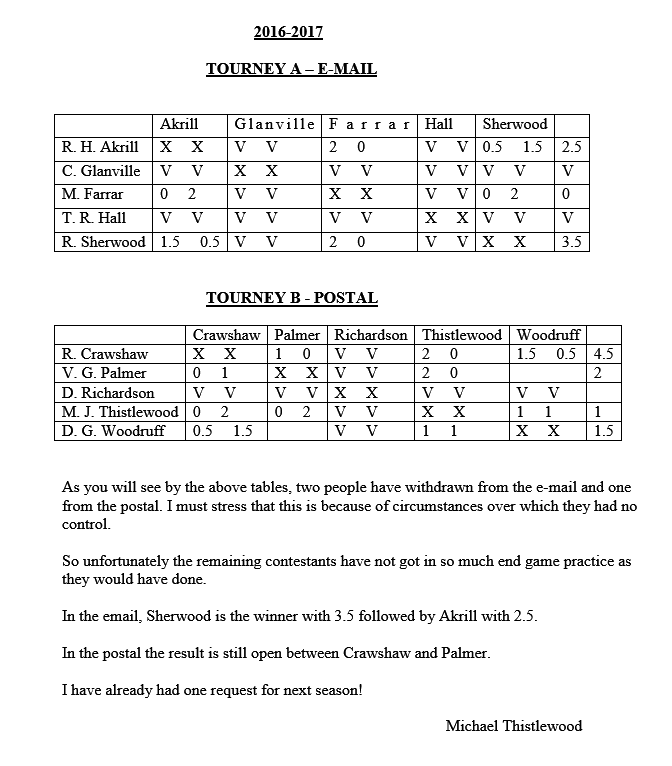 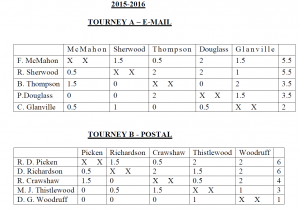 Entries are still being taken for the 2016/17 season from the Payment Page Sharpen your end game skills, particularly useful for members who also play OTB

Michael Thistlewood reports that the winner of the ‘End Game Tournament‘ and the £5 cash prize  is Paul Douglass with a score of 5.5 – well played Paul.

Michael Thistlewood has supplied the final cross tables for the 2012/13 Tournament:-

The Email Tournament has been won by Frank McMahon with Greg Hughes in 2nd place, Frank has been awarded 5 BCCA Candidate Master Points and Greg awarded 2 BCM points.

The Postal Tournament has been won by D.H.A Witt who has been awarded 5 BCM Points.

R. Crawshaw and D.G. Woodruff  tied for 2nd place and have therefore been awarded 1 BCM point each.